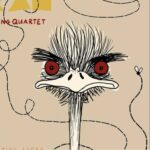 THFL Presents a Robby Schiller Xmas, Live At The Spaceship

Conscious memories and thought have long mystified both undeveloped and highly advanced creatures alike. It seems the more that is discovered about the many mechanisms of the mind, even more mysteries materialize, manifesting and multiplying into the multifaceted methodologies of metempsychosis. But humans have a long way to go before they are able to transcend their own consciousness and connect into other beings, celestial and terrestrial, on wavelengths far outside those captured on your primitive measurement tools. Most every living human is completely unaware that what current earthly lore calls a “soul” has long been referred to by many civilizations as ψυχή.

Those once known as the ancient Greek here on Earth, were the closest of all earthly civilizations to even start to begin the path to understanding the true underpinnings of conscious thought. Most of that ancient philosophical knowledge is morosely hidden inside the secret Vatican Libraries, awaiting a time when they may once again come to light and aid humanity on its greater quest into the universe. Until that day though humankind must make do, and work to understand the more immediately tangible things the universe has to offer. Advancement of Science, Mathematics, and the Fine Arts need to flourish alongside society to allow for the perfect settings required for the exotic and, peregrine seeds of inspiration to take cosmic root in those of open mind.

Once those seeds do grow though, they can be absolutely magical in the fruits they produce. Ones that will often lead into greater prosperity for those beings that embrace their connections the universe will forge within their minds. Many a great works of art, inventions, and philosophies have come about this way over the course of history. But as with everything there is always a downside. Misinterpretations of these connections can lead to feelings of empty desires for power, lust, greed, and control; every religious sect on earth is a direct result of this basic misinterpretation. Arcane beliefs in fantastical all-powerful god like beings are all too common it seems in your brief history thus far. If you really want to have the rest of the galactic civilizations reach out to Earth again, you need to reexamine your existing evangelical evaluations to these ethereal engagements.

One entity that seems to get it here on your planet is a veritable veteran of our visual verisimilitude. This human has transcended many a journey through the cosmic connections he has created and curated for himself. His preternatural interplanetary passages prior on our platform have delighted many viewers on this and other untold worlds many times over. The Spaceship welcomes back with tingly tentacles, the trifectal appearance of the tenacious Robby Schiller. Robby was our second test subject back when we happened upon your distressed planet, his vast musical workings include local bands such as The Blueheels, Little Legend, and more recently Free Dirt.

Robby is also well known for putting on robust musical displays that highlight the absurdity of one cosmic connection that has gone horribly wrong for far too long in human history. That which you call Christmas was meant to be a delightful story about an alien being that tried to bring emotions of joy to the many younglings in the universe. It was meant to nourish empathic trans-neural connections through story rather than turn to a holiday filled with greed and overconsumption. Thus, your version of the Xmas story has neutered your ability to fully digest the value in which it truly represents. It is but one of many examples of how humans have misconstrued these connections. Making them ultimately undesirable for contact. Schillers performances on this topic are refreshing to hear from your kind, it provides hope for humankind that you may pull your collective heads out of the cosmic sands once and for all.

So please come visit this fresh reminder of what only a Robby Schiller Christmas special can provide. Light-hearted fun and levity at the months long tradition that has been forced down humanity’s collective throats for far too long. $5 is quite the bargain for a genuine escape from traditional Earthen Christmas melodies, wouldn’t you say? So come join us revel at thespaceship.tv and bring about an arbitral end to your ghastly holiday traditions.

And if you truly wish to help free the rightful knowledge of the universe from the clutches of Vatican control, (or just wish to help our cause supporting local music) a small donation to paypal.com/paypalme/TheSpaceshiptv is always a safe venture as exposing universal truths is quite daunting at times. We greatly appreciate your generosity in these homogenous times.

For more on Robby’s past and current Cosmic Connections please visit the following links: