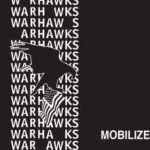 Circling the cold outer depths of your solar system there are many forgotten rocky remnants, a few of which recently humans have discovered and catalogued. But deep in those distant dregs await a daunting array of dark and undiscovered detritus and debris; with a past even darker than that of the void in which they exist. Whispers of an ancient cataclysmic war and of untold destruction, one that predates most life on your planet, are isolated only to the dreariest dens of Deimos. Indeed, the violent events of this excursion are what led to the vast proliferation of just about every living species in your solar system, as all manner of microbial and bacterial organisms were thrust outward into the icy vacuum of space, preserving them for whatever final destination awaits them.

Even today, the Ancient Scholars that tend the infinite vault of universal knowledge rarely discuss the events that surround what happened so long ago, doing so only in utmost secrecy. The human race will never be able to fully comprehend the true nature of their past, as they are but a misgiven byproduct that emerged from the scant remains of a once glorious existence. Life on Earth in truth is but a sad reminder of the untimely loss of but many wonderful and unique creatures, some that had even endured more than two billion of years of fruitful evolution prior. What little history remains suggests this war did indeed fall on the side of nobility and justice but at a great cost. As such there were no heroes in this battle, and many of those that valiantly fought, had scattered to the farthest reaches possible to avoid facing the awful truths of their well-intended efforts.

However, in all the remaining legends that have been uncovered, all speak of the return of the ultimate band of warriors known only from loose translations as “Warhawks”. It is understood that these “Warhawks” randomly appeared in a furious blast of punk infused energy, thrashing through the tyrannical and corrupted forces of diabolical despots, aimlessly venturing through on a once in an eon interdimensional tour of the septaversal segment of which you reside. It seems by cosmic chance, that this was the turning point in that awful conflict, though ultimately the catalyst for the resulting devastation that came thereafter. In a flash those known only as “Warhawks” were gone, following a galactic highway known only to them. (There is a rumor about obscure text regarding some past event known only as Gainesville Fest) A great many generations have waited to see if they will return and prove the legends true.

Imagine our surprise to uncover a punk bank here on Earth also called ‘Warhawks”. Could it be? After all these millennia? Is this indeed the long-awaited return of the intergalactic band from the ancient legends? That is what we intend to find out after we abduct and subject them to our rigorous routines of raucous research. They have proven hard to pin down thus far, but after many months we have finally tracked them down to their secret location.

Please welcome to our virtual venue, the one and only “Warhawks” (Not to be confused with some other New Jersey band called THE Warhawks) We shall test their mighty thrash forces and see if they truly are the stuff of legends; and we are about 65% sure they are!!! (That other Warhawks band certainly wasn’t up to the test, they melted immediately) However we will require your humanly assistance for this one. With your ancient lineage and unique genetic connection, we cannot be the sole arbiters of this task of proving penultimate punk perturbations, for the stakes are far too great. Five of your earthly dollars can be deposited at thespaceship.tv , in return you will obtain a front row seat to the most ultimate show you will ever see in a million lives. You shall also serve as protection in the form of a buffer from the potentially lethal forces that may be unleashed upon us all.

It is also highly advisable to tip your art tenders at paypal.me/TheSpaceshiptv. Neglecting to do so may open additional interdimensional rifts that lead to horrific cosmic mishaps, possibly even greater magnitudes of abandoned asteroid fields, etc, etc, which nobody wants…. Right…?

For more information on those known only as “Warhawks”, please visit the following historical records: